Known in classical times as Ecbatana, Hamadan was once one of the ancient world’s greatest cities. Pitifully little of antiquity remains, but significant parts of the city centre are given over to excavations and there is a scattering of historical curiosities.

Sitting on a high plain, Hamadan is graciously cool in August, but snow-prone and freezing cold from December to March. In the summer the air is often hazy, but on a rare, clear spring day there are impressive glimpses of snowcapped Mt Alvand (3580m) preening itself above the ragged neo-colonial cupolas of Imam Khomeini Sq.

A popular summer retreat, Hamadan’s main draw card for Iranian visitors is its proximity to the Ali Sadr Caves. 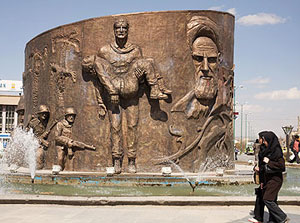