Tabriz is the fourth largest city and one of the historical capitals of Iran. Situated at an altitude of 1,350 meters at the junction of the Quri River and Aji River, it was the second largest city in Iran until the late 1960s, one of its former capitals, and residence of the crown prince under the Qajar dynasty.

The city has proven extremely influential in the country’s recent history. Tabriz is located in a valley to the north of the long ridge of the volcanic cone of Sahand, south of the Eynali mountain. The valley opens out into a plain that slopes gently down to the northern end of Lake Orumiyeh, 60 km to the west. With cold winters and temperate summers the city is considered a summer resort.

With a rich history, Tabriz contains many historical monuments, but repeated devastating earthquakes and several invasions during frequent wars have substantially damaged many of them. Many monuments in the city date back to the Ilkhanid, Safavid, and Qajar periods, with the large Tabriz Historic Bazaar Complex being named as a World Heritage Site in 2010. 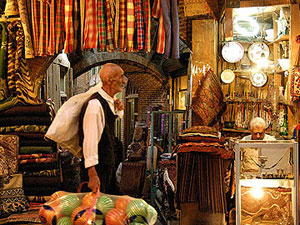