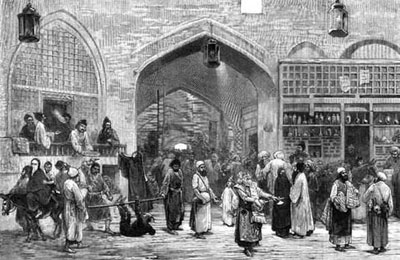 Although Tehran is not Iran, but without this great metropolis, which is the focal point of Iran’s transportation network and the center in which more than 40% of the nation’s economic activities takes place, it would not be possible to fully comprehend the ever changing Iran.

Tehran is the mirror of Iran. Those who inhabit this young metropolis have come from around the country with different beliefs, cultures, languages and life styles and live in a national and international context together. It can be noted that modern societies take form in large cities, and therefore, Iran’s future is being formed in Tehran.

Iran is a complicated and mysterious country and Tehran is more so. Activities, population and cultures have shaped a new and ever changing logic upon which people relate to one another without prior familiarity. This phenomenon, despite being problematic, expands and facilitates innovations and creativity.

In fact, this is a characteristic of all metropolises to instigate new dynamism. Availability and awareness of economic, social and cultural information are necessary for understanding a city. These concepts, however, make sense only when they materialize within a country, an urban space or its periphery.

Although the City of Tehran can be similar to Los Angeles or Shanghai in terms of urban planning, size, variety, internal dynamics and economic role, it cannot be understood without its territorial and cultural characteristic.

Tehran’s population increased fifty folds from 200,000 in 1900 to10.3 millions in 1996, of which 6.8 millions live within the city limits of Tehran. In the same period, however, total population of Iran increased only five folds, from 9.8 million to 60 million. Tehran, which had only a 2% share in total population, now incorporates more than 15% share. This proportion has remained relatively stable since 1970s.

This population explosion is the result of migrations due to the Capital’s unique attractions. A capital that was merely a town 100 years ago has now become a more or less modern metropolis, because of governmental centralization and improvements in social welfare. Hence, Tehran, despite its many unique aspects, is comparable with large cities such as Ankara, Brasilia, and even St. Petersburg.

The first mention of Tehran has been made in a work by the Greek Theodosius, who has mentioned Tehran as a suburb of Rey about 2000 years B.C.

However, the oldest Persian document on Iran shows that the city existed before the third century AH because an author called “Abu Sa’d Sam’ani” has mentioned a man called “Abu Abdollah Mohammad ibn Hamed Tehrani Razi” who has lived in Tehran and Rey and has passed away in about 261 AH or 874 AD.

Abolqasem Mohammad ibn Hoqal has described Tehran as such in 331 AH, “Tehran is located north of Shahr-e Rey and has many gardens and diverse fruits.”

Najmeddin Abu Bakr Mohammad ibn Ali ibn Soleiman Ravandi has noted in his famous book, Rahat us-Sudur (authored in 599 AH) that the mother of Sultan Arsalan Seljuk, who was going from Rey to Nakhichevan in 561 AH, stopped near Tehran while Sultan was residing in Doulab region, which was located southeast of Tehran.

The area between the southern hills of Alborz and the northern parts of Kavir Desert is relatively smooth and very fertile which extends from east to west. This region has been among the most important centers of population and one of the main routes connecting the east to the west. Therefore, the city of Rey and its perimeter up to a radius of about 100 km has been the birthplace of one of the most important human civilizations which has been known as “Central Iranian Plateau Civilization” and dates back to more than 8000-12000 years ago.

Existence of the renowned Silk Road through this city, presence of permanent rivers like Halileh Roud, Jajroud, and Karaj which reach the plateau of Rey as well as major alluvial regions created by the said rivers in addition to suitable climatic conditions have kept the region alive throughout the history and have helped the city survive through centuries close to its main origin, which is currently known as Tehran.

The ancient city of Rey dates back to about 6,000 years ago. This claim has been proved by Dr. Eric Schmidt who was heading an American archeological delegation. He explored a region near Rey, which is known as Cheshmeh Ali, and recovered pottery and painted dishes whose antiquity has been estimated at about 6,000 years after frequent scientific tests. At present, the report prepared by Dr. Schmidt is kept on the bulletin of University of Pennsylvania, Philadelphia. Rey, as a name, has been registered in ancient tests such as Avesta, Torah, and Greek and Latin books as Rega, Ragha, and Rages. It has been called Raga and Regai under Median and Achaemenid rule. This city has been called Europos under Seleucids and Arsakia under Sassanid rule. Arabs have registered its name as al-Rey.

In the middle of the 8th century AH, Rey was part of the Median territory and it was part of the Achaemenid rule in the 6th century AH. Its name has been registered as Raga on Bistoon inscription. Under the rule of Sassanid kings, Mehran was governing Rey and the city enjoyed a special spiritual position under Sassanid kings when it included a burning fire temple.
What can be gathered from written works of historians and geographers about Rey is that many of them have attributed establishment of the city to Sheith, the son of Adam. Some have noted that legendary kings like Houshang of Pishdadi dynasty, the son of Kioumars, has built it and some have attributed it to Ruy or Razi, who was a song of Noah. But, most stories have noted that the city was first built by Houshang, the first Iranian king, in 4000 B.C.

After many historical ups and downs, Rey was demolished by Moguls in 617 AH. Although it was relatively prosperous under Mogul Ilkhans, but Klavikhu, who passed through the city in 806 AH, has described it deserted. Although the city became prosperous again under the Safavi rule, it never achieved its past status.