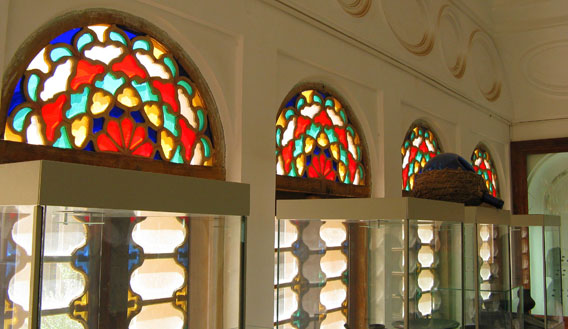 Yazd is a city in central Iran and the capital of the Yazd province. It is an ancient city dating back to the Sassanian Period.

Yazd is well connected to the rest of the country by planes, trains and buses. From the bus station {GPS 31°52'37.5"N, 054°17'04.0"E}, take a local bus (the bus stop is by a little white hut on the highway in front of the main bus station) to the local bus station, then another to the bazaar. This is in the centre of town; from here you can find your hotel.

There are International flights to Dubai and Damascus and daily flights to Tehran.

Most places in the old town are within easy walking distance from each other. Otherwise taxis are inexpensive. Motorcycle taxis are another fast and cheap way to move around the city but try to settle on a price beforehand. Local buses are also available for travellers.

Masjid-e Jame (Friday Mosque), dating back to the fourteenth century, is well worth a visit. It is an example of finest Persian mosaics and excellent architecture. Its minarets are the highest in the country. Admire it at night when it is lit up.

Atashkadeh is the Zoroastrian fire temple. The fire on the inside has supposedly been burning since 470 AD

Yazd Tower of silence (Zoroastrian's Dakhmeh) - the name tower is misleading as they consist of huge circular walls on top of two hills, within those the dead were left to be picked clean by the vultures. This is done in accordance with Zoroastrian belief. However, the towers are not in use anymore and open to the public. A quiet, serene place. The modern Zoroastrian cemetery is just there as well. Entrance free. To get there using public transport, you can take the bus going south on Imam Khomeini from the bus stop across the street of Amir Chakhmaq Complex. Get down on the last stop end of the line and then from there ask people for another bus going to "Dakhme", might need to wait a bit and be sure that the people will tell the bus driver to drop you on the correct bus stop. Once you are off the bus, its a corner of a 4-way intersection and you go right, you will see the towers, its a 10-minute walk.

Amir Chakhmakh complex, a breathtaking construction and a must-see. Visitors can climb to the top.

Amir Chakmakh mosque, not to be confused with the complex of the same name, but nearby and easily visited when visiting the more famous complex.

Alexanders prison, which was neither built by Alexander the great nor a prison, but a 15th-century domed school which is quite an interesting sight with a cafe in the 'prison room'. Often guides Would tell you the deep well in the middle of its courtyard was in fact built by Alexander the Great and was used as a dungeon but this seems doubtful.

Tomb of the 12 imams which dates back to the early 11th century, has inscriptions inside bear the names of the twelve Shiite Imams, though none are actually buried here. It is now badly deteriorated.

Dowlat Abad Gardens with a building with a beautiful large badgir.

Markar square. This square is geographically located at the center of Iran, you can see it on the way